The Reinterpreting Radio Music Series is a trio of works based around the 1957 composition Radio Music by John Cage. It is a modern day reinterpretation of the piece and its intentions. The original score can be performed by up to eight performers, each with their own radio. The score is a series of frequencies on the AM band that the radios are consecutively dialed to.

In Reinterpreting Radio Music, part I - MP3 Music the audience is asked to fulfill the role of the performer. The radios are replaced by the personal mp3 players most people carry around with them in the form of a phone or ipod. Participants are asked to set the playback mode on their device to shuffle and are given a score with instructions on when to skip, play or pause. The resulting soundscape is an eclectic mix of the participant's personal taste in music. The performance is a reflection upon the fact that people nowadays carry hours and hours of music with them in their pockets for private consumption. Reinterpreting Radio Music, part I - MP3 Music liberates this music and places it in the context of a collective performance where it becomes part of a bigger musical experience exploring individual music preference in relation to that of a group in a defined place and time. 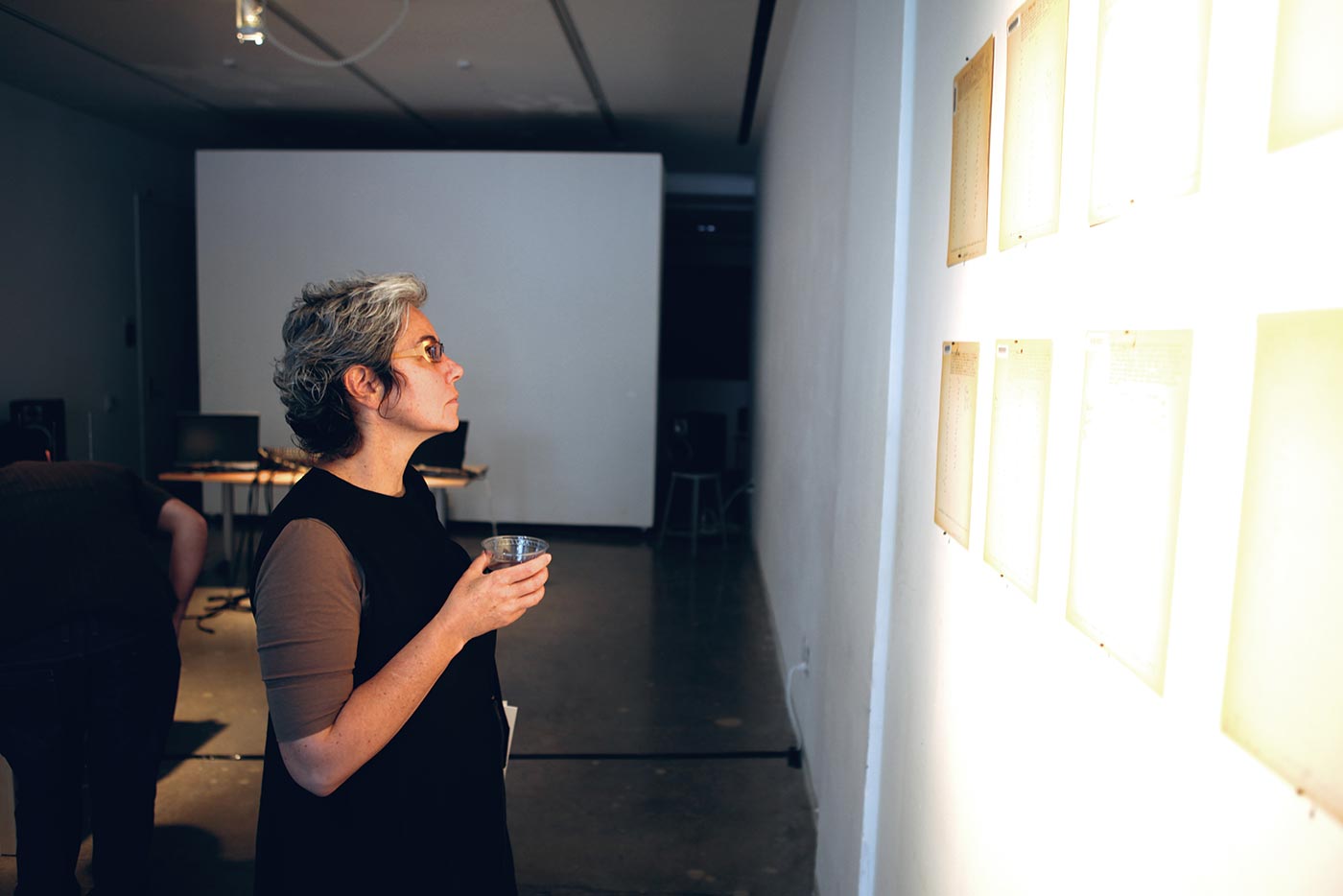 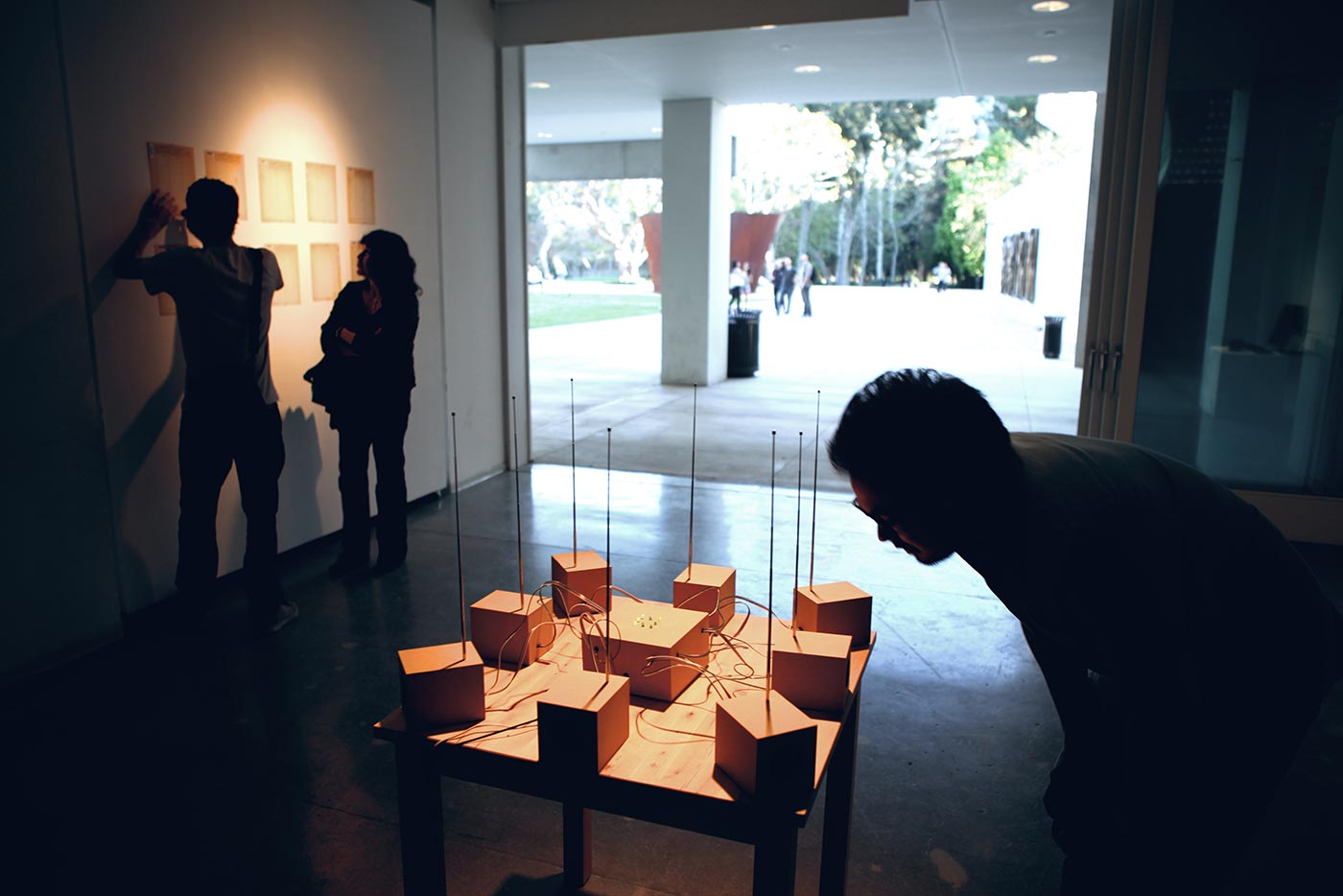 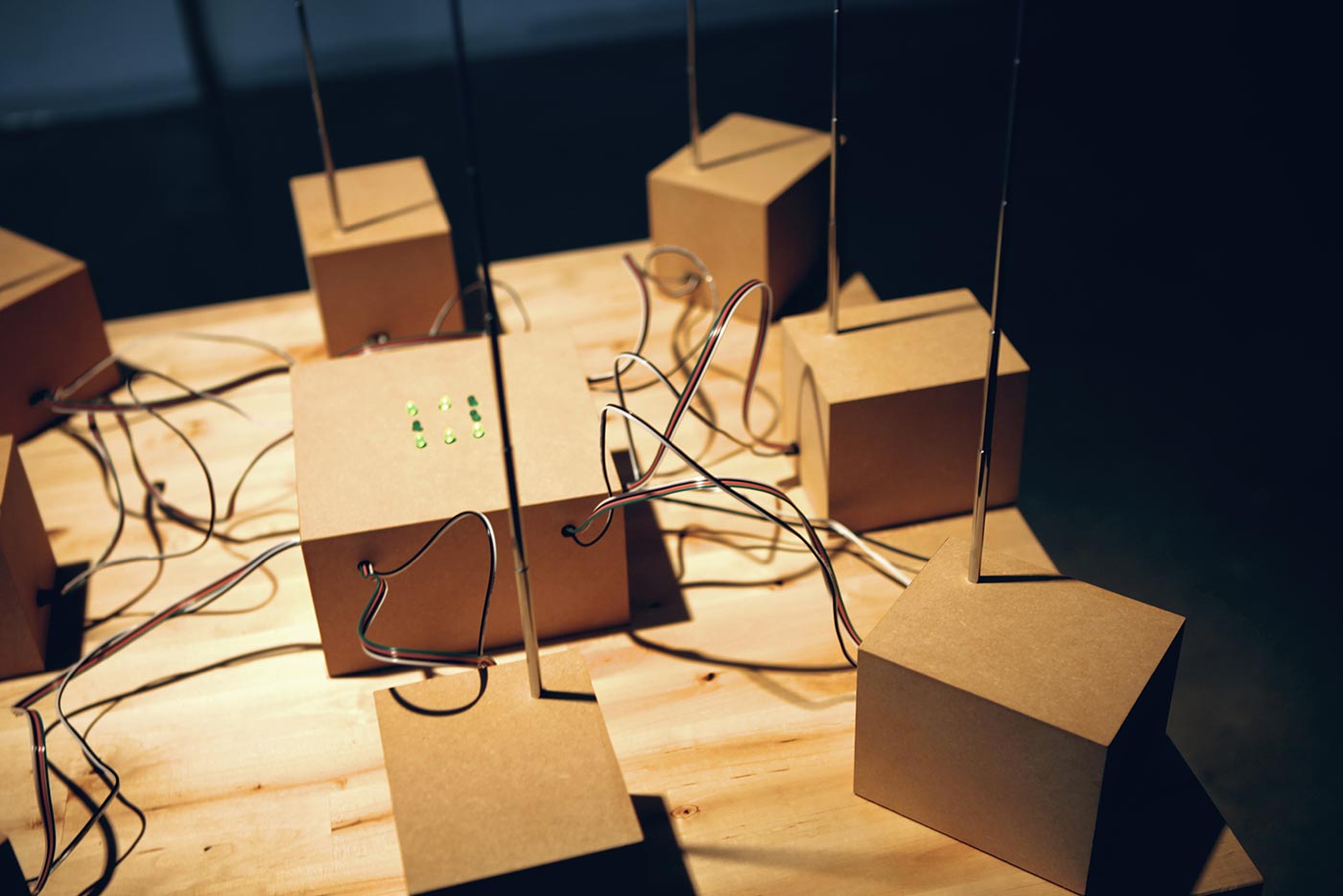 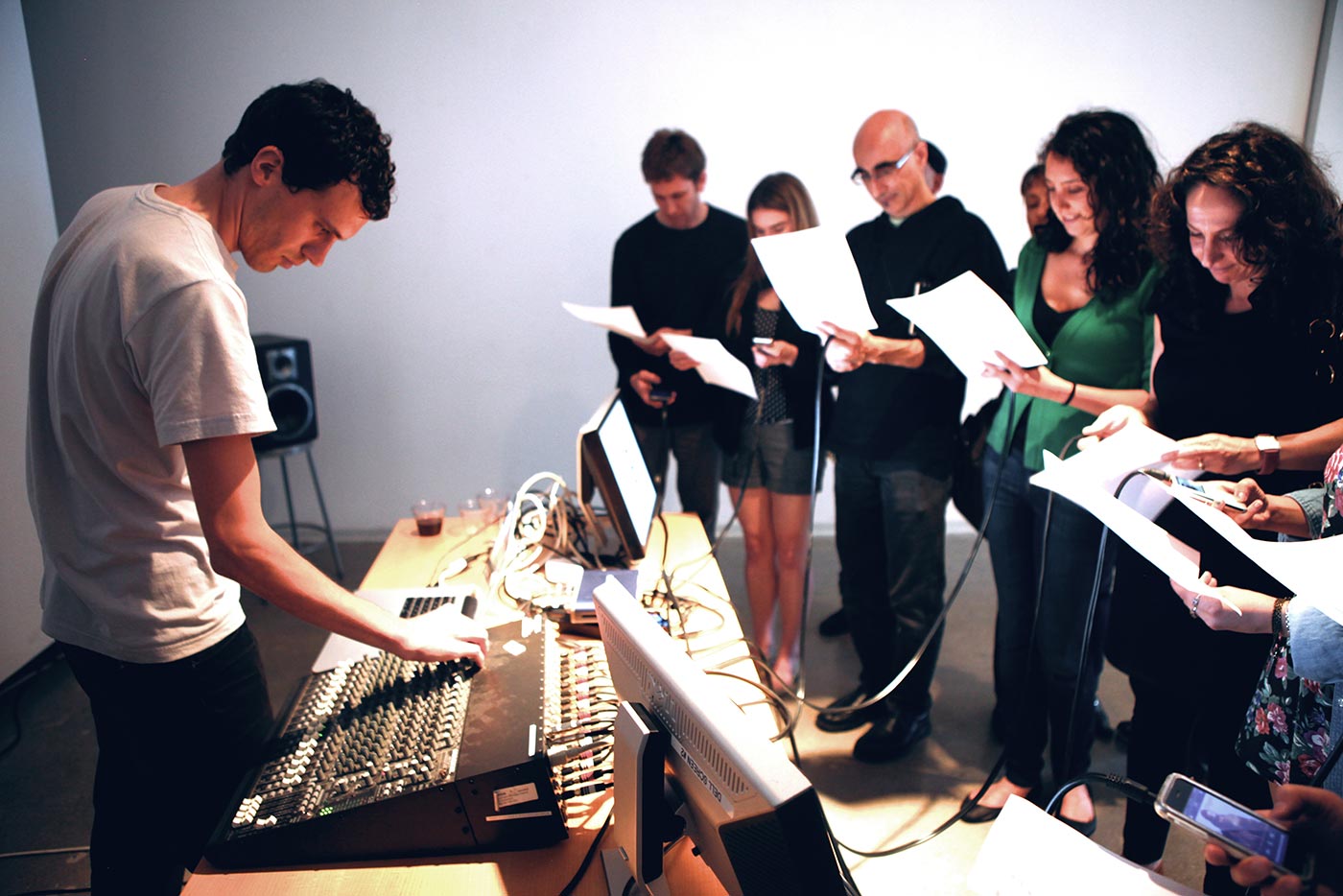 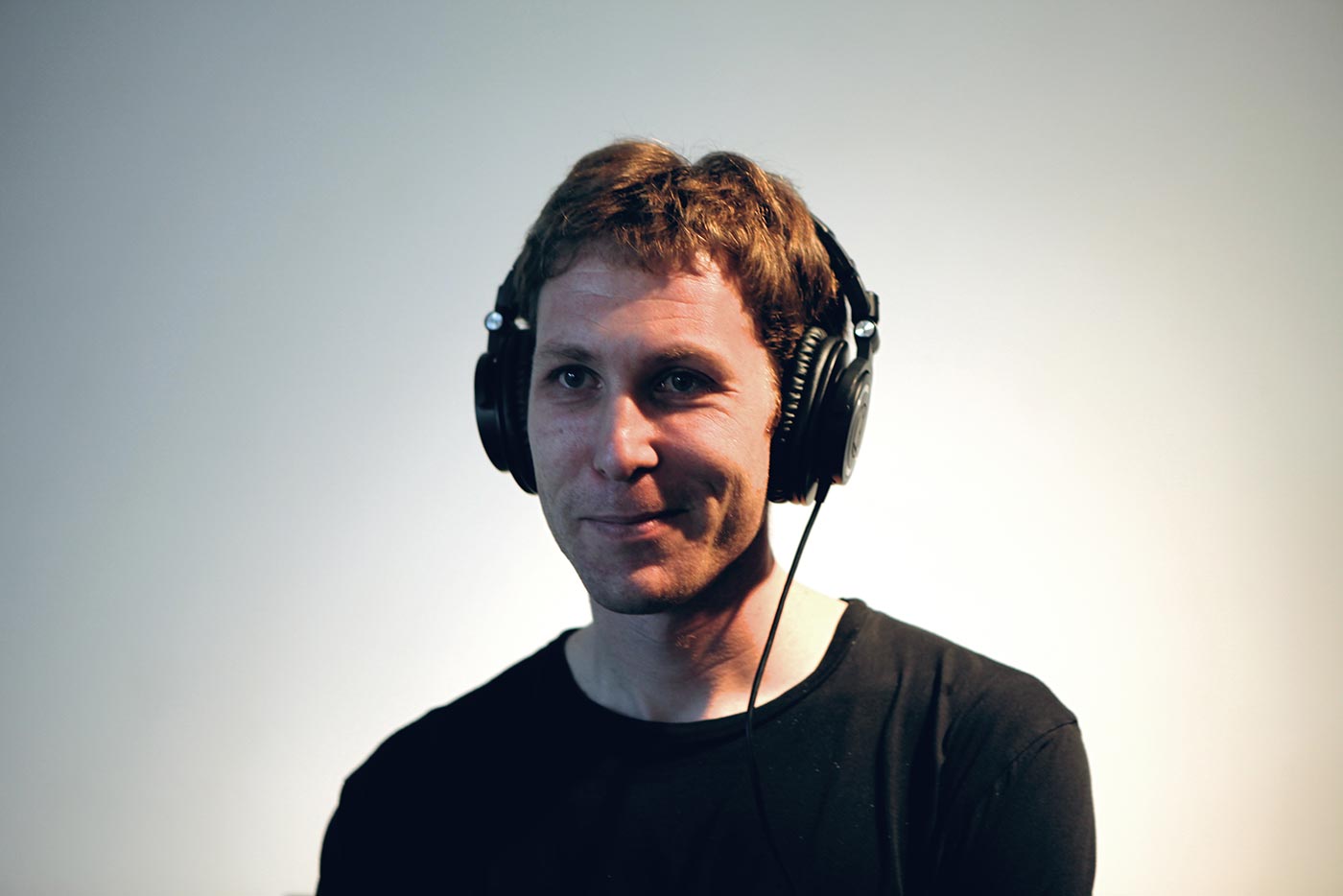 Reinterpreting Radio Music, part II - Internet Music is the second reinterpretation and deals with the phenomenon of internet radio. The radio frequencies of the original composition are replaced by web radio streams found on the popular Shoutcast radio directory. The top 10 stations from a variety of genres like Easy Listening, Jazz, Country, Talk and Public Radio are used. The piece explores the growing popularity of highly specified internet radio stations that offer a monochromatic palette in their content. By juxtaposing up to eight of these stations their singular focus is used as a specific compositional element.

The third work in the series, Reinterpreting Radio Music, part III - Robot Music, stays the closest to the original piece. It is an robotic installation consisting of eight radios and a control module. The radios have been modified to be controlled by motors and are directed to change the station that they're tuned to by commands from the control module.